Drawn to the Magnet of Chile’s Surf Coast

I FOUND Pichilemu through a local’s tip. In planning an itinerary that would start in Santiago and end a couple of hours south in the wine country, I was looking for a low-key weekend spot near the two destinations where I could stop for a few days and recharge with my family. “Well, there is a new hotel in Pichilemu that opened a few weeks back,” said a new friend who was born in Chile and travels all over the country. I figured if anyone would know, he would. One look at the Web site and I booked in.

About an hour west from Santa Cruz, which is generally considered the epicenter of Chile’s wine production, Pichilemu is a small but sprawling beach town fronting a seemingly never-ending series of sandy coves and rocky headlands, all backed by miles of pine forest. It is also, I soon learned, a surf magnet. Huge, long, rolling waves break here, attracting surfers from all over the country; the town of Punta de Lobos, about five miles to the south, has become the site of an international surf competition each June.

And while most of the year Pichilemu is a quiet community of only about 10,000 full-time residents, we were there in February, when it is holiday time in Chile. Thus, the town’s main beach was full of vacationing families riding horses along the sand, picnicking on the seafront and walking along the coast. A circus, carnival rides and heaving cafes added to the feeling that we were joining a seaside party, one with no foreign tourists in sight.

Our goal, however, lay on the far side of town. The 8 Al Mar Bed & Breakfast Boutique sits in its own little cove on the very end of the road past the main beach. Owned by Claudia Rajcevich and her husband, Renato Martinez, the property opened in January, an eight-room structure of glass and wood designed by the Chilean architect Igor Moraga that looks directly onto the Pacific: a vista of huge rocks, almost sculptural in their shape, that pop from the sea.

A sun-drenched wood terrace is dotted with white daybeds for two, elaborate sculptures and railings have been crafted from driftwood, an Asian statue overlooked a small Zen fountain and seashells double as table decorations. Ms. Rajcevich and Mr. Martinez (who is a surfer), along with their four children, used to come here on weekends from Santiago. When their house started to overflow with guests, they decided to open a small hotel, leaving the capital altogether. The place looks like an architectural showcase out of a design magazine, not something I expected in a small surf town.

After our drive we were ready for dinner. Ms. Rajcevich and Mr. Martinez sent us to Costa Luna, a restaurant within strolling distance. Walking in felt like arriving late to a “Y Tu Mamá También” shoot. Weekending young urbanites sat with scruffier surfer types by a fire pit on the terrace sipping pisco sours above the crashing Pacific waves. Inside, a fireplace roared as couples snacked on ceviche. A simple bar included a display of some of the country’s best wines. Our view from dinner was of the sun dropping into the sea as the moon rose, magnified as though on a 3-D screen via a hipstamatic lens.

On Saturday morning the cove in front of the hotel was still quiet, but as we drove to Agua Bendita, a cafe that opened early this year, beachcombers were up, setting up thermoses of mate on little Bunsen burners and eating pastries, while intrepid surfers had already taken over the waves. As I drank a ristretto made of Colombian, Brazilian and African beans (the camomile and blood orange juice concoction that promised to “purify blood and arteries” also looked tempting), I noticed some fliers advertising a rodeo scheduled for that afternoon. When we returned to the hotel, Ms. Rajcevich explained that it was a local gaucho festival celebrating the end of the grain-threshing period. She said that she would be taking her mother-in-law and could lead the way.


A few hours later, as we drove over winding red dirt roads past white salt fields and golden pastures, my husband and I tried to think of geographic parallels to describe the landscapes. The seemingly long Pacific stretch could be Northern California; the eco-seeming boxy wood-and-glass structures, Scandinavia; the verdant fields full of livestock almost looked like the countryside of Nicaragua. And yet no single place could really capture the extraordinary mix we were experiencing.

When we arrived, the games had already begun. Gauchos wearing different striped tunics (each pattern was based on what crop they grow) sat sentrylike on gleaming horses. Couples in cowboy hats and boots holding white handkerchiefs danced traditional dances while a band played onstage. And a young man who could have been Butch Cassidy shimmied all the way up a flagpole to hang the Chilean flag, much to the delight of the cheering crowd.

The focus of the day was the running of the horses around a tight enclosure filled with freshly harvested wheat; the force of their hooves apparently separate the wheat from the chaff. The riders, meanwhile, get to show off. Which they did, as onlookers ate grilled steaks and traditional Chilean salads with sweet onions and juicy tomatoes along with carafes of red wine. I approached one of the more formidable of the horsemen and asked if I could take a photo of him with my 2-year-old. He smiled and hoisted him onto the saddle. Later my son sat with the Chilean children being taken around the field in a big cart pulled by draft horses. “We saw these things when we were young,” Ms. Rajcevich’s mother-in-law said, “but I haven’t been in a long time.”

The next day we were headed to the wine country. Along the way I wanted to check out Matanzas, a surf and windsurfing enclave about an hour’s drive north that is also home to Surazo, a hotel, restaurant and surf school started by an architect, a chef and an orthopedist from Santiago. It recently reopened after being devastated by a tsunami following Chile’s earthquake in 2010.

We almost gave up the search as we doubled and tripled back through Matanzas, past the Big Sur-like bluff and painted clapboard houses along the Pacific. Finally a local set us straight, directing us to a bridge.

Hidden behind a few trees and at the start of the beach, raised wood platforms led past rooms to a restaurant where the daily menu included freshly caught Chilean sea bass with mushroom sauce and a local grouper with cherry tomatoes and risotto with pesto.

Showstopping architecture. Good food. Beaches for windsurfing and surfing. Light made for a cinematographer. A countryside rodeo. And barely a foreign tourist in sight. Some truisms bear repeating: when in doubt, ask a local.

You can rent a car at the Santiago airport. The highway system in Chile is easy to navigate and it is safe to drive. High season (December to April) is Chile’s summer.

Surazo, (569) 927-78706; surazo.cl; rooms from $160. In the windsurfing enclave of Matanzas, the hotel has 12 rooms facing the sea, and an excellent restaurant and a small spa. Sunset from the wood-fired hot tubs is not to be missed.

Costa Luna, Avenida Costanera 878, Infiernillo; (569) 933-39146. This is the sort of spot you might go for every meal once you try it. The snapper ceviche is fresh and delicious, the pisco sours are a great sunset cocktail, and the fire pit and indoor fireplace perfect for cool nights.

WHAT TO SEE AND DO

The area has a number of events like the threshing festival in Ciruelos in early February and the surf competition in Punta de Lobos in June. 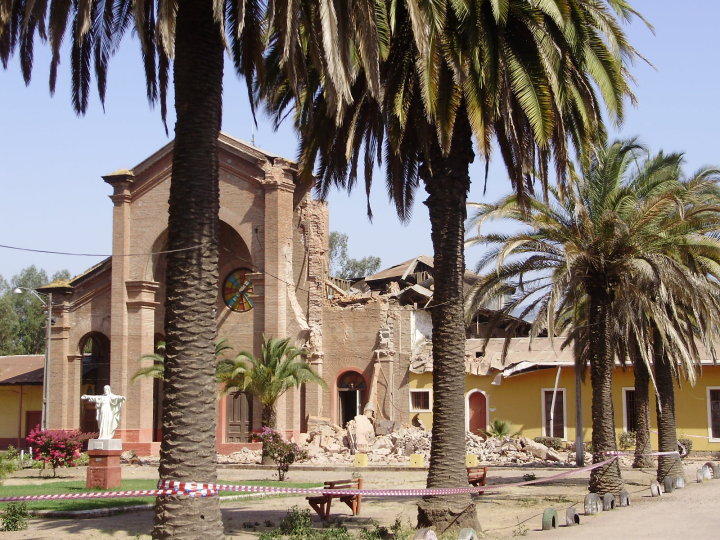